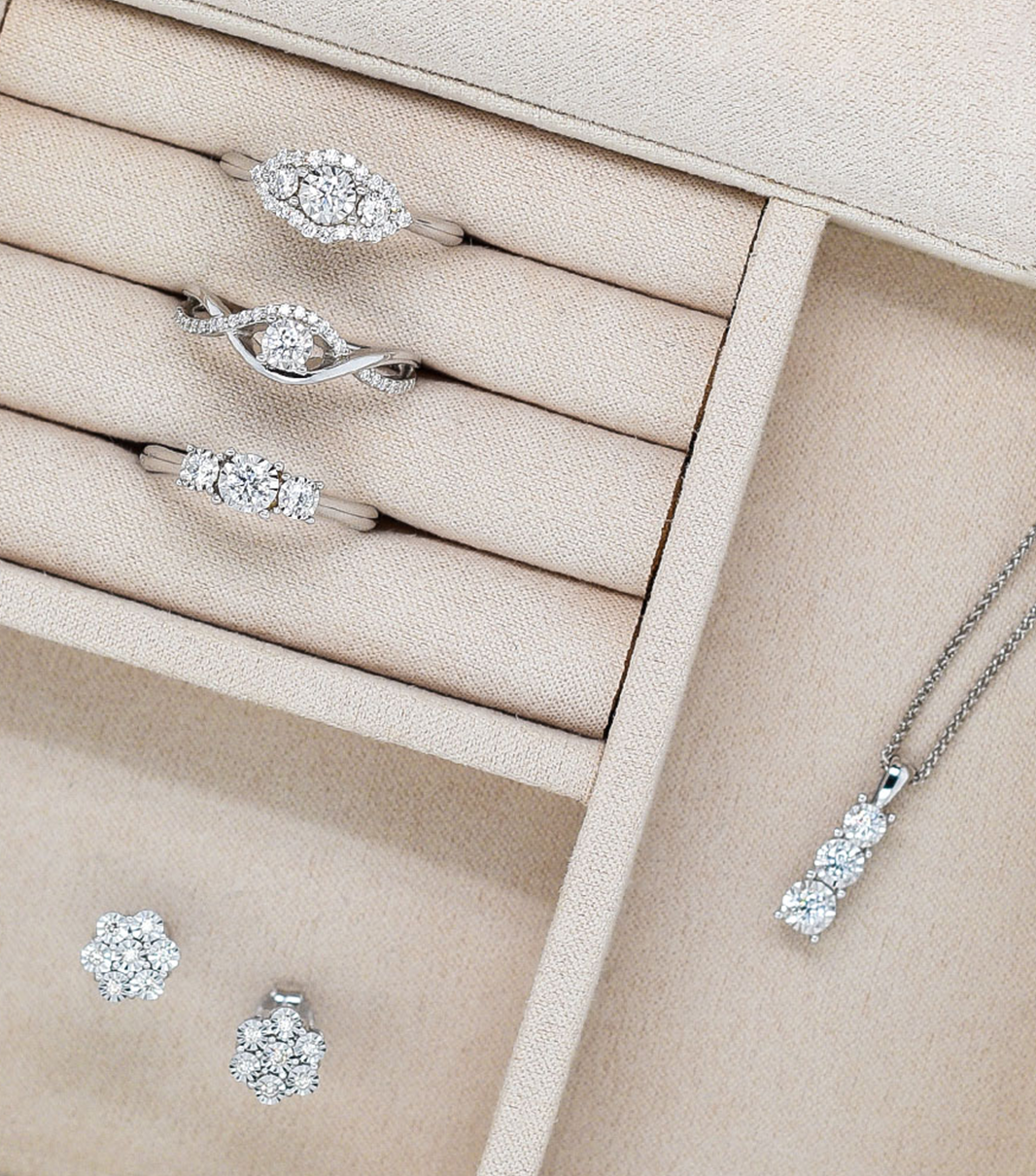 For those of you born in April, you are lucky enough to have the most dazzling gemstone of the year- the diamond.

Derived from the Greek word ‘Adamas’ which means invincible, a natural diamond is formed deep in the Earth’s mantle. Formed over billions of years through high pressure and temperature the diamond is a beautiful stone adorned by many a jewellery lover.

Thought to be the hardest substance on the planet, diamonds are hard-wearing, but also symbolise affection, strength and eternal love.

Historians have traced the worlds’ love of diamonds back to India in the 4th Century. Diamonds were found in the country’s streams and rivers and were initially used for trade.

In 1477, Archduke Maximillian of Austria gave the very first diamond engagement ring to his future wife Mary of Burgundy and the tradition has since carried on for modern proposals.

Traditionally known to be in a white colour, the diamond can also come in a variety of colours including black, blue, yellow and pink. A natural pink diamond is extremely rare and can be considerably more expensive than a white diamond of the same size.

Traditionally diamonds are categorised by the 4 c’s – Colour, Cut, Clarity and Carat weight. The multi variations of the 4 c’s will influence the price a diamond holds.  A ‘D’ colour diamond which is flawless is rarer than a L/M colour with inclusions and therefore two diamonds of equal carat weight will have vastly different prices.

The whitest graded diamond is a ‘D’ which means that the diamond is actually colourless. Most jewellers will use colours from D-L , below this colour the diamonds become too tinted and not usually for jewellery use

Slight imperfections can be formed in a diamond when they are initially formed underground. The extreme pressure and heat which occurs can allow small mineral impurities to be trapped inside the stone.

If the diamond is deemed to have no impurities it is known as Internally Flawless. The scale of clarity is determined by the number of impurities a stone contains.

Diamonds are measured in carat, which measures its weight and not it’s size as commonly believed. Carats are split into points where 100 points are equal to one carat. So a half carat diamond will be .50ct or 50 points.

Many diamonds come with a certificate which will assure that the diamond a jeweller is selling is of the quality at which they describe. Here at Johnsons Jewellers we sell most diamond rings with a certificate, which will describe the colour, cut, clarity and of course the carat weight of the diamond. If you would like any assistance in helping to find the right diamond, Johnsons Jewellers have an expert team to help.